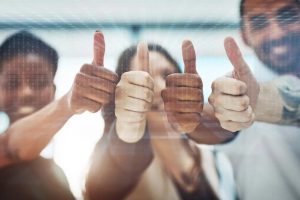 Antidepressants may work as a depression treatment for some patients, but not all patients experience relief from their symptoms by using these medications. Some people may need alternative therapies for depression to heal the root cause of their symptoms.. While psychedelic substances are often associated with recreational drug use and religious ceremonies in certain traditions, psychedelic assisted therapy has recently been gaining clout as a way to treat depression. Media outlets such as Smithsonian Magazine, the BBC, Time Magazine and NPR have reported on the use of psychedelics such as psilocybin and ibogaine for depression, charting the new possibilities for patients with depression.

Aside from the therapeutic introspection into one’s psyche, Psychedelics are effective for treating depression because of their ability to induce a state of plasticity in the brain, rewiring the brain to reduce depression-related symptoms. In ibogaine’s case, the drug has also been effective at blocking neurochemical activity that results in withdrawal symptoms and cravings in patients with substance use disorders. Since depression is one withdrawal symptom in people experiencing a substance addiction, ibogaine has demonstrated its ability in preventing depressive symptoms as well.

While these psychedelic substances show promise, they are still illegal on a federal level. Psilocybin is decriminalized and legalized in certain parts of the United States but patients who wish to try ibogaine will have to look for an ibogaine clinic in Mexico, New Zealand, and other countries where ibogaine treatment is unscheduled or legal. One ibogaine treatment center in Mexico that potential patients should try is Beond Ibogaine. Beond ensures patients have access to state-of-the-art medical technology and licensed and experienced medical professionals who can monitor their condition 24/7. Patients should never take ibogaine without proper medical supervision, so it is important to find a clinic with certified doctors and nurses for the treatment.